Also, da can play a role of an interjection or be a part of an expression. In those cases, it can be translated differently depending on the context and situation.

– Да ну!
Expression of surprise and disbelief, can be translated as Really? Are you serious?.

– Так да сяк
Means this way and the other way, da plays a role of the and.

– Ходи́ть вокру́г да о́коло
Can be literally translated as to go around and nearby. Means to beat around the bush. Again da plays a role of the and.

– Да ла́дно тебе́!
Here da reinforces the rest of the sentence, the whole phrase means forget it , get over it , it’s not worth thinking about it.

– Да коне́чно!
Again, da here reinforces the rest, this phrase is often is used to say sure, of course! in a sarcastic way with the opposite meaning, for example:
– Да коне́чно, так они́ тебе́ и разреши́ли!
– Sure, and they, of course, will let you do that! (Do you really think they will allow you?)

– Да нет наве́рное
This phrase can be confusing for beginners as it’s literally read “yes no maybe”. In reality, it means rather no. When da nyet go together, da is an interjection, something like well or mmmhhh.

Listen to the audio 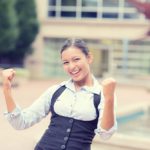 [da] Particle , can be also an interjection with the meaning "and" or "but"
yes; sometimes used to amplify what was said (without "yes" meaning)

Examples of Da in Russian